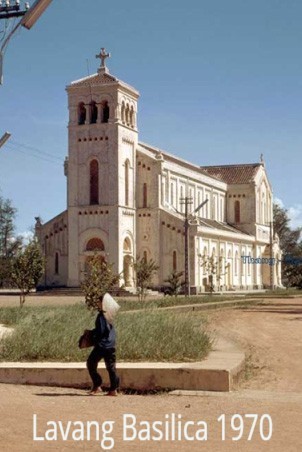 After the great uprising of the three Tay Son brothers, they overthrew the Nguyen dynasties and defeated the Trịnh lords to seize power and reunite country since the fall of the Lê dynasty. After the victory, one of the three Tay Son brothers took the throne, namely King Quang Trung. In 1792, King Quang Trung died prematurely, leaving the son of successor, who became King Canh Thinh.

Meanwhile, Nguyen Anh continued to rise up to the throne. In 1777, Nguyen Anh and his rebellion against Tay Son lost the battle and fled to Phu Quoc Island as a refuge, where the Monsignor Pierre Pigneau de Behaine of the Foreign Association opened the seminary adolescents from neighboring countries. He persuaded Nguyen Anh to entreat King Louis XVI of France.

King Canh Thinh knew that Nguyen Anh was receiving the support of French missionaries and was worried that Vietnamese Catholics would support him, and Nguyen Anh, therefore, began to issue directives prohibiting the Catholic.

On August 17, 1798, King Canh Thinh issued a decree banning religious instruction, the order for the extermination of Catholicism (at that time known as the Giatorism), as a foreign religion, to destroy the churches and seminary, the priests. The most terrible persecutions of Vietnamese Catholics and missionaries began and lasted until 1886. Even after Nguyen Anh regained his throne and took the title of King Gia Long (1802- 1820), heirs of the throne, King Minh Mang (1820-1840), King Thieu Tri (1841-1847) and King Tu Duc (1847-1884) continued the persecution, sweeping, against Catholics, ordered torture of Vietnamese Catholics and missionary priests with execution in various ways, very cruel, brutal.

Our Lady appeared to the Vietnamese parishioners in moments of extreme misery, culminating in La Vang. La Vang is a name derived from the name of a deep forest in central Vietnam (now Quang Tri town), where there are many types of plants called La Vang (Leaves Vang). According to another explanation, La Vang is the resounding shriek of the mountains, or the screams of the people when there are wild animals. La Vang also means “crying”, asking for help from those who are persecuted. 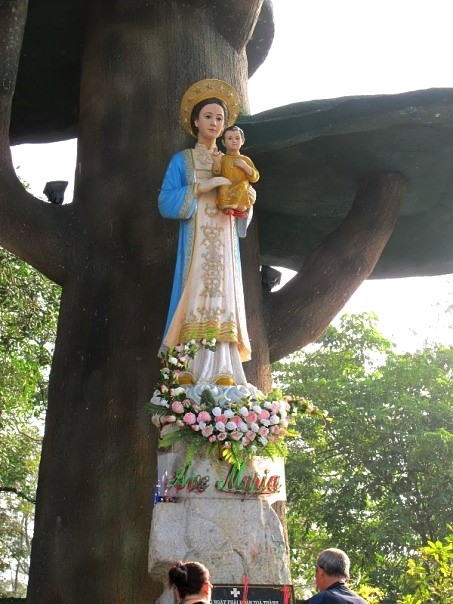 According to legend, the Blessed Virgin Mary first appeared in 1798 when the persecution of Vietnamese Catholics began. Many Catholics near the town of Quang Tri fled and found shelter in the jungle of Lavang. Most of the displaced people have to deal with famine, sickness, illness due to the cold. In the wilderness, the poor, the hungry, the sick, the frightened, the fear of beasts, the faithful only know a certainty of trust in God and Mary. They gather together under the banyan tree, pray together, say the Rosary, comfort and help each other. One day, when they were together, they saw a beautiful woman, dressed in a long gown, holding a newborn, with two angels holding the lights on the two sides. They immediately recognize the Virgin Mary.

Mother shows kindness, affection, and comfort to the laity. Mother taught to pick leaves that is available around it, boil with water to heal the disease. Mother promised people: “I (Mother) accepted your request. From now onwards, whoever comes to invoke Me in this place, I will accept and bless them. ” She appeared on the grass near the old banyan tree where lay people were praying. Those who are present there see this miracle. Later, she appeared so many times to support and comfort her children in the affliction during a hundred years of persecution. Many parishioners were burned alive because they refused to give up their faith. One of them was a group of 30 people who, after being arrested, petitioned to be burned alive in front of the small chapel in Lavang.

After the first apparitions, the refugees there set up a small, simple chapel in the desert forest to pay homage to Mother. In the following years, Mother’s fame was spread throughout the neighborhood. Although the small chapel was set up in a secluded shed, the mountain was threatening but thousands of people still sought to pray and worship Mother. Gradually, the delegation came to her mother replaced sticks, swords, axes hammer, gong drums with flowers and pray the Rosary. Every year, the pilgrimage groups are still in place, Although the persecutions had not stopped. 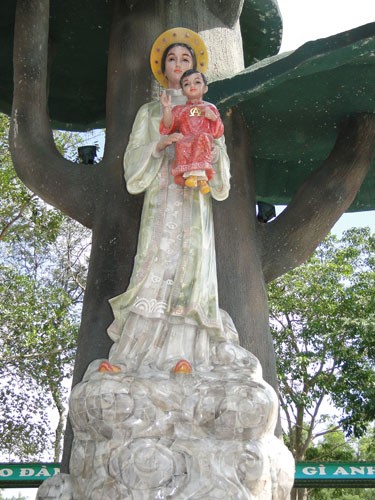 In 1886, after the persecution ended, Bishop Gaspar ordered the construction of a church to honor Mother of Lavang. Due to the uncertain location and limited funding, it took 15 years to complete the Lavang Church. Bishop Gaspar solemnly celebrated the inauguration of the church with the attendance of more than 12,000 people and lasted from August 6-8, 1901. He also proclaimed Mother of Lavang as patron of all Catholics. In 1928, a larger church was built to accommodate the growing number of pilgrims. Due to the war, this church was destroyed in the summer of 1972.

The legend of Our Lady of Lavang is more and more influential and great importance. Many people have confirmed that their words are answered. In April 1961, the Vietnamese Bishops’ Conference chose the church of Lavang as the nationwide Our Lady center. In August 1962, Pope John XXIII elevated the Lavang Church to Lavang Basilica. On June 19, 1988, Pope Paul II at the canonization of 117 Vietnamese martyrs publicly declared the importance of Our Lady of Lavang and expressed his desire to rebuild the Basilica of Lavang to commemorate the 200th anniversary of Our Lady’s first apparition at Lavang in August 1998.