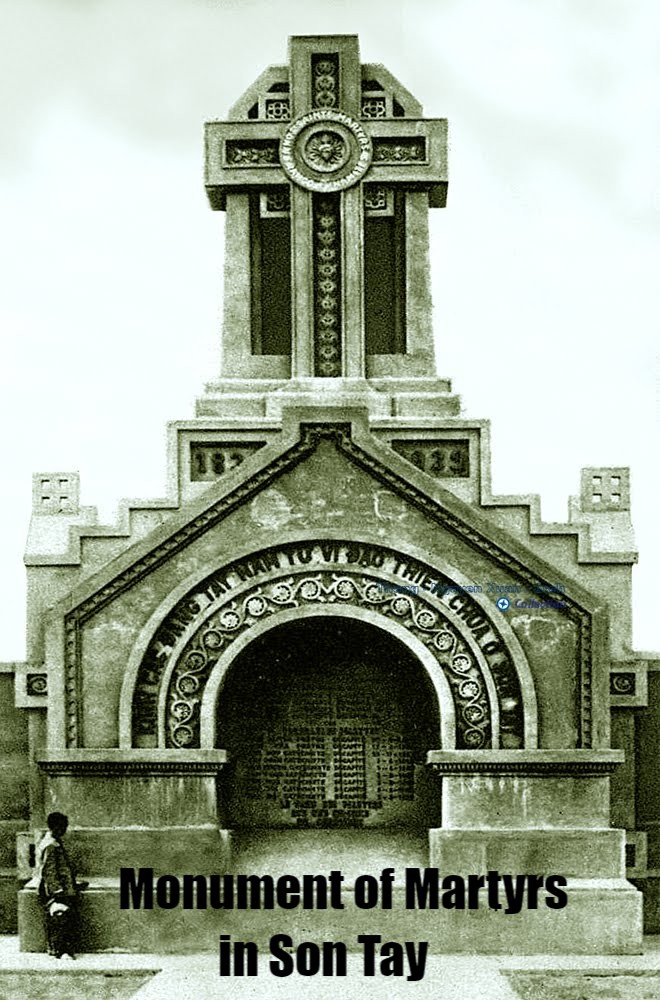 Son Tay is a blood-soaked area of the martyrs of the North of Vietnam. There is also a monument built to honor the martyrs by Catholics. This is a holy land that needs to be visited by every Catholics. Distance from Hanoi Cathedral to Monument of Martyr in Son Tay is about 46,6 km,  1h 17’ by car.

Bishop John Mary Vu Tat, diocesan bishop of Hung Hoa, together with some fathers in the Advisory Board, some monks and lay people paid homage to the relics of the martyrs in Son Tay. Here, the bishop had incense before the relic of the two martyrs: Nérones Bac (priests) and Peter Van (preacher), in 2007 inside the tower in which the remains of seven martyrs in Son Tay were laid.

On this occasion, participants will review the history of martyrdom relic in Son Tay:

– In 1992, government of Son Tay town had plan for the  cemetery in Go Vang and informed the people of the removal of the tombs. After 6 months, the graves were removed, the authorities leveled the ground, except for a pillar on a mound it was about one square meter that people said “Catholic grave”. When the government of Son Tay town informed the Hung Hoa bishopric about the relocation, Father Dinh Tien Cung and his assistant father, Luong Dinh Nghi, came to see that the relics of the two martyrs Neron Bac saint and Peter Van saint.

– In 2007, Bishop Antony and the Advisory Board agreed that the relocation site is adjacent to the war martyr’s cemetery, in front of the town, with an area of ​​200m2.

– In February 2007, the ceremony of the relics relocation was conducted solemnly. Soon, the walls and gates, monument were built.

More than any parish in the Diocese, Son Tay parish have been given so much honor,  by the grace of God, those are 7 martyrs in execution ground Nam Mau, canonical:

Due to the chaotic war, the Hung Hoa bishopric moved to Son Tay town, Son Tay province in 1950, and from that Son Tay church became the Cathedral of Hung Hoa diocese. Since the bishopric of Hung Hoa was in Son Tay, Son Tay parish has welcomed many important diocesan events such as ordained bishops, priests and large feasts.

Although today Son Tay church is not the cathedral now, but the bishop’s office is still on the land of this beloved parish and is still favored by the bishops. Up to now, there have been frequent visitors, some visiting and praying to the martyrs in Son Tay. 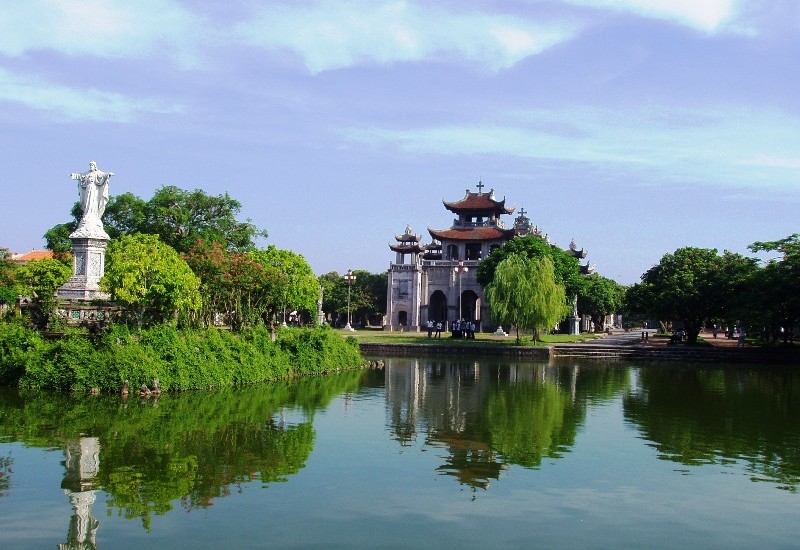